Axiology and Logic as other Branches of Philosophy 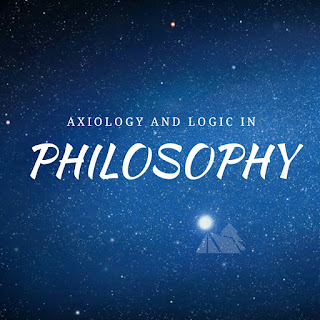 This is the study of values: the good (ethics) and the beautiful (aesthetic). Ethics is from the Greek work ‘Ethika,’ meaning ‘manners.’ It changed its meaning in English (in the 17th century) to the study of Science of moral, or more widely, the Science of human duties of all kinds including moral, legal and political duties. As a branch of Philosophy, Ethics is the study of theories about the intellectual origins and justification of moral codes and of morality in general.

Axiology is interested in knowing whether values are inherent in things or are in the subjects making value judgements. Herein lies the whole problem of objectivity and subjectivity of values. Let us now examine, in some detail, what ethics is.

Ethics begins with choices we are confronted with in decision making. In other words, our ability to make choices is what makes ethics possible. James Rachels is of the view that the Republic is one of the first great works of moral philosophy in Western history. Since then many works have been written in Ethics. However Philosophers have not agreed on the best moral principle for humans to adopt in moral decision making. At this juncture let us examine three moral principles: Cultural Relativism, Ethical Subjectivism, and Divine Command Theory.

This is the view that custom determines what is good or what is bad. In other words, the right thing to do or the wrong thing we should refrain from doing depends on custom and this varies from one custom to another. While in some culture, for instance, monogamy is accepted, in another, polygamy is the accepted moral action as far as marriage is concerned. And, cultural relativism does not recommend any custom as the best to be adopted by all. One custom is as good as another. We should not dispute, therefore, over disparities in ethical values, and there is nothing like objective moral values.

Some moral philosophers do not agree with cultural relativism. Cultural values are not static. Social critics and certain events that mark a turning point in the history of a people often bring about changes in ethical values. So there is the possibility that with time we may be able to arrive at objective moral values coupled with the fact that cultures do merge bringing about cultural transformation.

This is also the view that there are no objective moral values. Right and wrong are believed to depend on the individual making moral judgements. David Hume champions this view. For him value statements are different from factual statements. While factual statements describe how a thing is, ethical statements describe how we feel about things. When we move from factual statements to ethical statements we are moving from “is” to “ought” and this is not right. For Hume we cannot validly infer “ought” from “is”. For instance, if there is famine in a country, should other countries in the world send food aid to that country? For some the answer should be ” Yes” on humanitarian grounds. But someone can argue that countries should not aid the country with famine on the grounds that the world is becoming overpopulated, and the famine in question is nature’s way of trying to control human population. Reasonably, we have observed the famine. But this does not prescribe what our response should be. Now which answer is right and which is wrong? This will be difficult to say because, as Hume observed, our answers depend on our sentiment.

However, critics are of the view that Ethical Subjectivism does not explain the possibility of wrong moral judgements. In addition, James Rachels says that “if ethical subjectivism is correct, it is difficult to see how it is possible for people ever to disagree about right and wrong.”

With the three ethical theories so far exposed, we can understand why ethical issues are not easily resolved. Any ethical position adopted has to be backed up with convincing arguments. Since most arguments are based on fact, it follows that we have to keep evaluating our moral positions as more facts emerge. Philosophically, therefore, we cannot afford to be dogmatic as far as ethical issues are concerned.

There are many works of arts. We have them in music, poetry, drawing, sketching, painting, plays, dance, sculpture and so on. Works of arts are so many and diverse that people wonder what art really is. What counts as art in ancient times have been added to throughout history, so that today (home) movies, photography and filming are part of it. Maybe everything that is made by man is a work of art, or are there certain criteria to determine what a work of art is? When we make value judgements about works of art (like when we say so and so work of art is good or is bad) are our judgements objective or subjective? These and more are some of the issues aestheticians are trying to resolve.

Ruth L. Saw sees aesthetics as “unique among the evaluative disciplines in that it has to do, importantly, with feelings, feelings expressed in Art and in the appreciation of art, and the judgements that are usually taken to be based on these feelings.” Since aesthetics deals essentially with art, it will be proper to begin with a definition of Art. However, how can one define something that is so widespread? Some definitions of art are not all embracing. Some cover paintings and drawings living out music, dance, play and the rest. So how we can define Art remains problematic. This may explain why Philosophers of Art prefer explaining the effect of Art on us rather than defining it.

However, Clive Bell (1881-1964) defined a genuine work of Art as an object which invokes in the viewer anaesthetic emotion’ because it contains ‘significant form’. ‘Significant form’ is brought about by the way various parts of a work of Art (like lines, colours and Shades) complement one another. These explanations of Clive Bell give birth to the Significant Form Theory of Art.

The Significant Form Theory of Art is criticized on the grounds of circularity. As explained by N. Warburton, the theory is

saying that the aesthetic emotion is produced by an aesthetic emotion-producing property about which nothing more can be said. This is like explaining how a sleeping tablet works by referring to its sleep-inducing property. It is a circular argument because that which is supposed to be explained is used in the explanation.

At this point, we are aware of the enormous task before the philosopher of art. Unfortunately z many are not interested in the discipline. However, the effort of artists and social critics are commendable and they will go a long way in making life worth living.

Taking its root from the Greek word ‘Logos’, it means ‘thought’ or ‘reason’. Logic can be said to be the study of the laws or rules of thought. Logic aims at clarity of thought and soundness of reasoning. It also helps to detect and avoid fallacies.

From the onset, therefore, Logic deals with the reasoning as it relates to arguments. What is an argument? An argument is made up of inferences (which are basically propositions). Efeminj defines an argument as “a collection of propositions/statements where one is asserted on the basis of the other(s).” An argument contains premise(s) and a conclusion. The conclusion is inferred from the premise(s).

It is not all statements that are arguments. Some statements are simply descriptive, explanatory, or expressive of one’s emotions without any conclusion to be inferred from any premise(s). It is therefore necessary for us to be able to distinguish premise(s) from conclusion. Bello (2000:7) listed some conclusion and premise indicators. Some conclusion indications are: therefore, hence, thus, so, consequently, it follows that, we may conclude that, we may infer that; while some premise indicators are: since, for, because, as, inasmuch as, for the reason that, as shown by, follows from. However, he is quick to add that these indicators are not conclusive in themselves as far as arguments are concerned for they can be present in a passage and the passage is not an argument. He then suggests, in addition to the indicators, the following:

“First, ask yourself: ” What is being argued for?” Or, “What claim are we being asked to accept?” Whatever answer you come up with, if you are right, is the conclusion. (If you find no answer, and you are right, then the passage contains no argument.)

Second, ask yourself: “What is being offered in support if the conclusion?” Such proposition(s) will constitute the premises.”

Logic is useful within and outside the fields of philosophy. It is advisable to undergo some studies in Logic even if one is not interested in being a philosopher. Apart from helping one detect errors in reasoning or invalid arguments, it had the positive value of helping one, not to only avoid incorrect reasoning , but also to avoid fallacies.

Emma Ayo
Emma is the CEO of SimplyBioHealth. His passionate interest in living a healthy and fit lifestyle and improving living standard, drove him to creating this blog. Here, he shares only the fitness tips that work.
https://emmaayo.com

EPISTEMOLOGY People often disagree over many issues in religion, politics  ethics, sociocultural and so on. This then raises the fundamental question “what can I know?” The branch of Philosophy that treats knowledge claims in general is known as Epistemology. Etymologically, Epistemology, is frk  two Greek words: “Episteme”, meaning ” knowledge” and “logos”, meaning ” thought” […]

FOUR STANDARD FORM CATEGORICAL PROPOSITIONS Categorical propositions tell us about the relationship between classes. They tell us whether a particular class is included in another class or it is excluded from it, wholly or partially. A class is a collection of objects with the same features(s) or characteristic(s). So, there is hardly an object that […]

PHILOSOPHY OF LAW By: Peter OMONZEJELE This is the use of Philosophy in critically evaluating the principles of Law. The first question that comes to the mind of the Philosopher is that asked by Dennis Lloyd: Is Law necessary? According to D. Lloyd this may seem a simple perhaps unnecessary question but on further reflection, […]