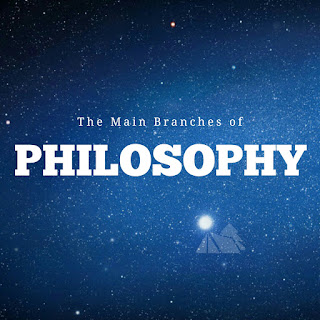 People often disagree over many issues in religion, politics  ethics, sociocultural and so on. This then raises the fundamental question “what can I know?” The branch of Philosophy that treats knowledge claims in general is known as Epistemology. Etymologically, Epistemology, is frk  two Greek words: “Episteme”, meaning ” knowledge” and “logos”, meaning ” thought” or “reason”. Literally Epistemology is the study of the thought or reason of knowledge. However, it is often defined as theory of knowledge. Lacey defines it as an enquiry into the nature and ground of experience, belief and knowledge. As the problem of justifying our knowledge claims grew, emphasis was now laid on justification. This explains why, in more recent times, Hospers defines Epistemology as the study of the justification of claims of knowledge. Epistemology attempts to answer the question, “What is knowledge?”, “What can you know?”, “How did you know?”, “What is truth?”, “What is reasonable belief?”, ” How certain is knowledge?”

Skepticism is one major problem the Epistemologist is trying to solve  it is not the sane thing as doubt as such. This is because doubt helps us not to be too gullible, to exercise some caution or restraint over knowledge claims. Doubt also helps us to sift knowledge from true opinion and falsehood. On the other hand, skepticism has come to mean not just doubt, but a doubt that treats all knowledge claims as impossible. In other words, as far as the skeptic is concerned, certain knowledge is impossible; we can never be justified in our knowledge claims. But how true is the skeptical position that we can never be certain of knowledge?

In any case, it is the business of the Epistemologist to set limits, if any, of human knowledge. The starting point is naïve (commonsense) realism. Naïve realism assumes that there is a world of physical objects which we can learn from directly through our five senses. Objects exist independent of the perceiver. Our senses give us reliable picture of the way things really are. The view of naive realism is heavily criticized based on some human experiences. The experience of sensory illusions (refraction, an orange can taste bitter, mistaking a stranger for a friend), and the problem of distinguishing real states from dream states (how are we sure life is not just a long dream, in which we equally experience shorter dreams, and which will terminate with death) are some human experiences militating against naïve realism. Other problems include the experience of hallucination through the effect of drugs, so that I perceive (see, hear, feel etc) things that are not there, and the possibility that I may just be nothing more than a brain in a var, that is, “to imagine that I don’t have a body at all. All I am is a brain floating around in a jar of chemicals. An evil Scientist has wired up my brain in such a way that I have the illusion of sensory experience.”

Attempts to solve the problems militating against naïve realism led to so many schools of thought in Epistemology. These include the following:

John Locke champions this school of thought. As an Empiricist, he believes strongly that all knowledge comes from experience. Representative realism is a response to the problems militating against naïve realism. It states that we do not have direct perception of objects. All we are aware of are mental representations or pictures of the external world. In addition, some problems, like that of illusion, can be resolved if we make a distinction between primary and secondary qualities of an object. By primary qualities, Locke meant extension, weight, motion and number and so on. Our senses do not deceive us on primary qualities. Our sense perceive them as they are and this is the deomain of science. However, secondary qualities like colour, taste, smell, and sound are not in objects as such but in the nature of individual sensations. Hence, we dispute over secondary qualities and not over primary qualities.

However, the submission of representative realism that we have picture view of reality makes the real world unknowable. As N. Warburton puts it, “all we can ever experience are our mental representations of the world, and we have no way of comparing these with the actual world.” If we cannot perceive things as they really re, how do we verify our perceptions vis-à-vis reality? We are restricted to our senses; we cannot go beyond them to perceive things in their actual states of affairs.

However, Idealism, as put forward by Berkeley generated some problems. If all that I can know is nothing more than my sensations, then nothing exists except my sensations. If we take the argument further, it also follows that other persons do not exist independent of my sensations, independent of my perceiving them. I can only be sure of my own mind. I do not know of other minds. This view is referred to as Solipsism, “all that exists in my mind, and that everything else is a creation of my own invention.” What an extreme position! Apart from the belief that other people have minds, the sense of shame, embarrassment and disgrace equally demonstrate that persons exists independent of me. In addition, it is difficult to prove God’s existence through perception of things. To begin with we do not perceive God with our senses, and we cannot know for sure whether or not God perceives things when we do not perceive them. So, Idealism leaves some problems unsolved.

From what we have discussed so far, we can understand the problem associated with knowledge from the senses. We can better appreciate the problem of the nature of objects as perceived by us. So, the question, “Can we really know objects as they really are?” remains an epistemological problem to be solved by an epistemologist.