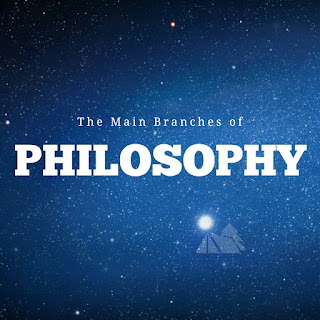 By: Sylvester I. Odia

Philosophy as a discipline, has four main branches. They are: Metaphysics, Epistemology, Axiology, and Logic. Here Philosophy is, as it were, at home trying to solve problems and resolve puzzles that can be said to be philosophical in nature. Some of the problems it solves and the puzzles it resolves are unique to it. While some others are not and are left to other disciplines. In this chapter, we shall examine the nature of the main branches of Philosophy, and the problems each branch seeks to solve.

Andronicus of Rhodes, a disciple of Aristotle, is said to have coined the word “Metaphysics.” He did this while editing some treatise of Aristotle, which the latter called “first philosophy.” In “first philosophy” Aristotle discussed the nature of being, causality and knowledge. In editing Aristotle’s works, Andronicus put the treatise on “first philosophy” and that of physics together in the same book. However, he placed the physics first before first philosophy. “Meta” in Greek means “after” or ‘beyond,” so Andronicus called the second part (the part after the first part “physics”) Metaphysics, meaning, ” the bit which comes after the physics,” or in the words of S. E. Stump, Metaphysics refers to the subject matter or reality beyond physical nature or beyond the things we see.

Furthermore, it is difficult to make a sharp distinction between Metaphysics and Science. This is because both Science and Metaphysics inquire about knowledge. Nevertheless, the kind of knowledge Metaphysics seeks is not as restrictive as that of particular Sciences. It seeks answers to broad questions about reality. Hence, the metaphysician tries to form a comprehensive view of the whole world and then organize this view into a system of ides or concepts. Therefore, we can say that Metaphysics is the study of reality, the study of nature of existence and of coming to be (Ontology). It is the study of “what is there?”, the relationship between the one and the many, the problem of chance, essence and accident, act and potency and so on. It is also concerned with the categories into which human thought is said to be divided, such as substance, attribute, and number.

Related:  Axiology and Logic in Philosophy

To categorize human thought is not an easy task. This is because it has to do with formulating the criteria of reality in its various forms. And, in the opinion of C.I Lewis, this problem of the categories is being neglected.

There are many approaches to Metaphysics. However, we shall briefly discuss two major approaches: Essentialism and Existentialism.

This is perhaps the oldest approach to Metaphysics. It simply states that essence precedes existence. In other words  the idea of species implies a common nature or characteristics that all in the species share. This common nature is essential to all in the species and is technically referred to ad essence we opposed to what is called accident (which is not essential to the species, like height, colour, size, smell etc). To the essentialist, just as an author produces a work according to the design (essence) he has in his mind and consequently print many copies, so also the creator of things created them according to the various designs in his mind producing different beings, objects or things. Herein lies the problem of freedom and determinism, that is, to what extent do our nature allow us to be free and determine or restrict us. Examples of Essentialists are Aristotle, Kant, Aquinas.

at first he is nothing. Only afterward will he be something, and he himself will have made what will be. Thus there is no human nature, since there is no God to conceive it. Not only is man what he conceives himself to be, but he is also what he wills himself to be after his thrust toward existence.

Man therefore, makes himself what he wants to be. Emphasis is laid on subjectivity.

Having explained these two approaches to Metaphysics, let us look at the metaphysical problem of matter.

Philosophers have asked the question: does matter really exist? For the ordinary man on the street, matter exists and can be known through sense perception (experiences of our five external senses). We see, hear, feel, taste and smell things that are independent of us. We believe that these things will continue to exist without us. However, is it everything that we perceive that is matter? Do we know what matter really is? We have experiences of hallucination. We also experience dream states in which we have knowledge of material things which we believe are real until we wake up to discover that we were dreaming. In our experiences, we are certain of sense data, but can we also be certain of the objects in question?

On the issue of matter, Plato believed strongly that the material universe is not real. Everything we perceive is an illusion, a prototype, a shadow, a carbon copy or photocopy of the real things in the world of idea or form. This view he demonstrated strongly in the “Allegory of the Cave.” All our knowledge therefore, including that of material things, is reminiscent (remembrance).

On the contrary, Aristotle, a pupil of Plato, believed that the material Universe is real. Therefore, what we perceive is not an illusion or a shadow but real things. In other words, Matter is real. The objective world and its contents are real.

Certainly, we perceive things as Aristotle tells us, but is it not possible that all that exist is in our perceptions and ourselves. In other words, is it not possible that inside our perception nothing exists? If that is the case, nothing including matter, exists independent of our sense perception. This is a view championed by the idealist, George Berkeley. For him all that exists is ideas. Ideas in the mind.

Materialist do not share the above view that all that exist is our sense perception and are therefore ideas. Materialism is the view that “all that exists is material or is completely dependent on matter for its existence.” According to the materialist, Richard Taylor, we that perceive objects are material and the objects we perceive are material and they exist independent of us. He explains this idea thus, “when someone sees something there is (a) the man who sees, and (b) the thing seen. There is not, between these, a third thing called the image of what is imagined.

Now, Bertrand Russell, arguing from the angle of perception, explains that people perceive objects differently as a result of “the laws of perspective and reflection of light,” but we can arrive at something permanent about the object of perception underlying their perception. Therefore, objects are not identical with sense datum, and hence exist independent of our perception. This is supported, argues Russell, by our instinctive belief upon which all knowledge must be built.

However, until we resolve the problems justifying our instinctive beliefs, the possibility that we are all in a dream state, and that all we can ever be sure of is our sense perceptions, the problem of the existence of Matter remains.