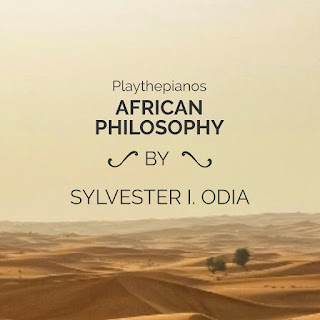 By: Sylvester I. ODIA

Philosophy simply means “love of wisdom”. Henry Thomas interprets love of wisdom to mean the passionate desire to solve the four outstanding enigmas of life: who we are, where we come from, where are we going, and what is the best way to get there. Furthermore, he adds that the chief purpose of philosophy is to establish mental serenity through the contemplation of wisdom. A knowledge of philosophy will enable us to become better acquainted with ourselves and our proper place in the world.

Not all persons in a given culture philosophise because not all persons have taken time to develop the critical mind (inherent in all persons) and create the luxury of time necessary for philosophising. Not all persons can take seriously the need to develop the critical mind capable of systematic analysis of the four enigmas of life and proffer a coherent solution to them from their own cultural mindset. However, some persons in all races all over the world have taken pains to become philosophers and, in some cultures, these are referred to as wise men and women or sages.

Furthermore, Philosophy is a universal discipline in the sense that it is possible for all people or races. It is culture bound. Culture distinguishes a people or a race from another. In the Encyclopedia of Philosophy, R. Williams defined culture as the whole way of life- material, intellectual, and spiritual – of a given society. This explains why the philosophical preoccupation of philosophers worldwide vary from one culture to another. It is in this light that we talk of Chinese Philosophy, Indian Philosophy, British Philosophy, American Philosophy, and so on. In the words of G. Sogolo, a nationalist or continental philosophy is, by this understanding, a body of thought that has been developed by individuals within the philosophical tradition of that culture. He further asked the question: what is British about British Philosophy if it has no bearing on the life, experience and culture of the people? And consequently argued that to define British Philosophy as merely an offshoot of the Philosophies of Ancient Greece and Rome would, therefore, be inappropriate.

From the analysis above, African Philosophy can be defined as a critical analysis (by an African or any person of any race) of the puzzles of life of the African, within the African culture and world view, and with the aim of presenting systematic answers to them. Like other people in this world, Africa has Philosophy and has produced Philosopher. Let us now attempt an historical survey of African Philosophy.

The annual conference of the Nigerian Philosophy Association held at the University of Benin, 20th to 21st of May, 2004, has as its theme: “Philosophy and Praxis in Africa.”  In the keynote address by Prof. E. Kola Ogundowole, he stressed the need for African Philosophers to be relevant to the contemporary African both in the issues discoursed and in their lifestyle. The need for relevance cannot be overemphasized in a world where the contemporary African is plagued with conflicting cultural values. Some of the philosophical issues discoursed by African Philosophers are inbuilt with Alien values, especially western values, as well as western paradigm of assessing what is accepted as knowledge, truth, good and bad, etc. This explains why the solutions proffered to the problems of the contemporary African are irrelevant to them. In addition, some of the problems the African Philosopher tackles are not directly relevant to the African. Some of these problems are western problems domesticated as African problems.

There is, therefore, the urgent need for the growth and development of African Philosophy, with its rich cultural values and world view; in order to solving not only African problems but also some global ones. African culture is not second to or inferior to any culture in the world. There is the need to challenge the universality of western paradigm of rationality and to argue, in union with B. Barren, that any non-western system of cognition deserves an equal hearing, prima facie credibility in its own right as an alternative pathway to the truth. In other words, there is the need to assess African word view and present it as valid in its own right (just as other world views, Western, Asian, etc.) and also present it systematically in the analysis of he various branches of African Philosophy. The method of comparing African concepts with that of the West is ineffective in promoting African Philosophy because it is fragmentary and should therefore be avoided. In addition, the attitude of dismissing the African response to African problems and puzzles on the ground that they are not compatible with Western Conceptual Schemes should also be avoided. The worse is to import Western solutions to African problems, as if those Western solutions are perfect and the best. It should be remembered that the West, despite their advanced Technology, Industrial Development and philosophy, are still plagued with numerous social, moral and cultural problems.

If we are serious about doing African Philosophy, we should not treat African issues in isolation. As B. Barren puts it, treated in isolation it is not possible to demonstrate the evidential basis from which s belief arises, the semantic contexts from which a word derives its meaning.

Let us take, for example, the problem of property inheritance in Africa. For some, the Will written by a father (a method inherited from the West) is a better way of solving the problem. But the Will has its own problems in its implementation in Africa vis-à-vis cultural values inherent in the whole inheritance process. Among the Ubiaja people, in Esan, Edo state, for instance, the eldest son of man inherits everything from his father. Nothing is shared to his mother or his brothers and sisters. The idea here is that the eldest son of a dead man simply takes the position of his Father and automatically becomes the head of the family. He keeps the family as one, maintains his mother and sees to the welfare and training of his brothers and sisters. Therefore, no vacuum is created at the death of the father. There is continuity.

It is true that some eldest sons become prodigal sons who squander everything to the detriment of their mother and younger ones. It is also true that some eldest sons are not intellectually and psychological sound to handle the affairs of the family after the death of the father. But to solve these emerging problems in the contemporary African Society is not by rejecting the whole system of inheritance as bad and importing western solutions lime that of the Will. The Will has dome problems too for to share the property of the dead father is to split a family along the line of individualism in which the eldest don takes his share, faces his immediate family and owns no obligation to anyone in his extended family. The Will destroys communal life at the death of the father. In solving some problems generated by the Inheritance System of Africa, we need to reflect on the interwoven values in the whole system of inheritance and propose some solutions that perfect the system and eliminate the problem. To reject the system outrightly and import a foreign one is ineffective and unproductive.

It is along this line of thought that I am suggesting we should do African Philosophy in the various branches like Metaphysics, Epistemology, Ethics, Axiology, Anthropology, Socio-politics, Cosmology and so on. This, to my mind, is the only way African Philosophy and the African Philosopher can be relevant to the contemporary African and make a meaningful African contribution in the Globalization process.